A sweaty man in a polo shirt stood near me this afternoon, making a comment he thought I couldn’t hear. “Oooooh,” he said to the women in his group (they all looked Boomer-ish, or at least Boomer-adjacent). “Maybe I need to take a selfie with the wall, too.” They all laughed like they’d invented farts. Ha ha. Burn. We are funny Boomers. This selfie-taking girl is bad because she is young. We are so awesome because we only point our cameras outward.

I was taking a selfie in front of the sign outside the National Air and Space Museum, and I wasn’t in anyone’s way. I wasn’t flipping the bird. I wasn’t wearing a pink hat. I wasn’t even thinking bad thoughts about Paul Ryan. I love America, and I think museums are rad. The National Air and Space museum is a hotbed of dadsplaining and crying toddlers, anyway; it’s not a silent or serious place. It’s a noisy, crowded petri dish of humanity and space ice cream, as it should be. It’s fucking cool that we fly. We put a man on the moon. Let’s let our nation’s toddlers climb on some jet parts–maybe someday they’ll want to do science. That seems to be a thing America needs.

If a 38 year old mom wants a picture in front of a museum, why is it a big deal?

This guy’s comment got under my skin more than it should have because it’s a sentiment I’ve heard several times this week. Almost as many times as I’ve heard someone mention the humidity or the number of steps they’ve taken, I’ve heard a Boomer complain about young people taking selfies. I have bitten my tongue.

I get it that I’m doing the same thing I hate. #notallBoomers. But I don’t know how to write about this without pointing out that all of the people who have said things around me about selfies this week have generational commonality. People’s age is not what bothers me, it’s their judgement.

Listen. I take selfies because I’m smart enough to realize that a picture of a building or an open expanse is boring and meaningless in history, personal or otherwise. None of my descendants want a picture of the books in the reading room at the Library of Congress. They can find that on Wikipedia, anyway. But they might want pictures of me in that space, having an experience. I do. I want to remember what I felt when I breathed that cold air in the card catalog room. To laugh at my hairstyle, years later. To remember the scent of old pages. To remember a moment. Photos help you do that.

I take selfies because I regret all the pictures I don’t have of myself when my kids were young. This is a common thing with moms. I was really good at documenting their lives when digital cameras were new. But it felt stupid to put the camera on myself. Now I want pictures of myself being alive. Nobody goes to the Library of Congress to do research and says thank goodness nobody kept any records in the past, because they really maintained their self respect. Nobody ever researches genealogy and says I wish I had fewer pictures of my great great grandma.

I was excited to be at the Air and Space Museum for two reasons: first, the same reason I was excited to be there as a kid. My third grade teacher structured our entire school year around space history. She had just been to space camp, and we spent the year studying missions in suits we made out of cardboard and foil; we read transcripts from mission control aloud, and did complicated reenactments where we sat in overturned desks that simulated Mercury, Gemini and Apollo spacecraft. I thought that being an astronaut was completely attainable as a girl in the 1980s. Space was my first cross-curricular study. But the second reason I wanted to go today was that I interviewed David McCullough in 2015 about his Wright Brothers book. I wanted to see the 1903 flyer with actual knowledge of what their risk meant to our country. Nothing self-centered or lame (I think?). Pure American patriotism and curiosity.

I was alone, in that sea of polo shirts and clean sneakers. I also wanted to share my experience with my kids, who are across the country, and they only way I was going to be able to do that was by putting myself in the frame of my own pictures.

We don’t need to talk about how technology has changed, how it’s just easier to take a picture of your face now because you can see the screen and hold a tiny computer in your hand. Or how one of the laziest ways to criticize young people about today is how they look down at their phones all the time. As if there’s inherent evil in a glowing screen compared to newsprint or a book. But for crap’s sake, people have always been using print and other media to distract themselves from boredom. We read on our phones now. It’s not always bad; a person’s responsibility for their behavior and conversation is a better indicator of their dickishness than whether or not they look at a screen sometimes. I would venture to say that making fun of people within earshot is ruder than glancing down or texting a picture to someone you love.

It’s also worth mentioning that one of my favorite things about the Wright brothers’ story is that their connection to bicycles was judged harshly by older generations at the time. The olds saw bicycles as a way for young people to get themselves into trouble. They were sin machines. No matter the decade, there’s been some piece of tech that felt scary and like it might possibly lead the younger generation right into the pit of hell.

But here’s what it comes down to: don’t take selfies if you don’t like them. And don’t be such a loud jerk. If you want to complain about something, be a lady and get a damn blog. 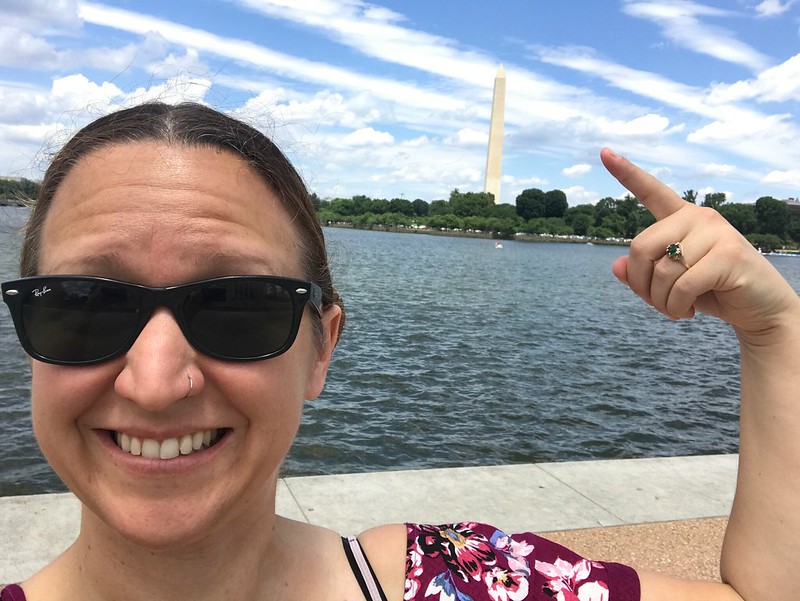