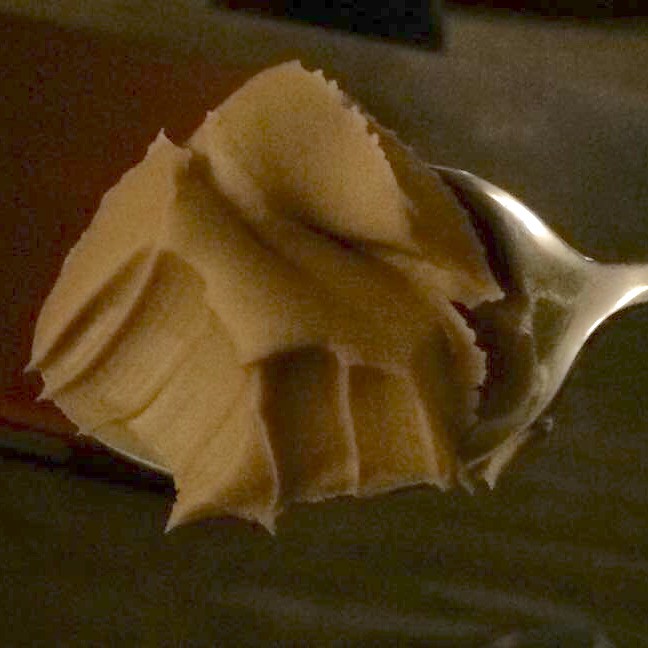 About three years ago, I took a stand for natural peanut butter. I put my foot down and decided that in my home, we were not going to consume hydrogenated oil-laden nut butters, nor were we going to eat anything that had added sugar. My poor, poor children. At least, my extended family thought so. They responded by gifting baskets of peanut butter (“the good kind,” they said, not the oil-on-top gritty hippie gruel I was peddling) to my husband and kids. And thus, 8 jars of sweetened, shelf-stable crack invaded my home. I still stand by 2012 Heather’s claims. We are never going to stop eating treats in this family, so the things we eat all the time (read: peanut butter) should be processed as little as possible. But once those jars were here, I couldn’t stop anyone from eating them.

Here’s the other thing. Did you notice that peanut butter is ALL ABOUT advertising the fact that it doesn’t have trans fats anymore? But it still needs to be shelf-stable and free of visible oil, right? (Heaven forbid a food product should spoil…) They just swapped the hydrogenated stuff for palm oil. Which isn’t better.

I didn’t grow up liking peanut butter. My mom put it on both pieces of bread in a PB&J, which meant that I associated it with a sticky, dry mouth. Yick. I was late to the peanut butter game when I started buying natural peanut butters as an adult. I didn’t love PB like most people. I tolerated it. But the kids seemed to like PB (as most humans), so I bought it. I made seven million sandwiches. And I tried to hold the line for as long as possible.

Once those 8 jars were in our house, something happened to me, not just to the balance of peanut butter power . I gave in. The peanut butter you will allow is what will continue. Now the pendulum has swung completely in the opposite direction. Maybe because I’m cheap and I didn’t want to waste the 8 jars we received for Christmas… Maybe because Costco sells those two giant vats of Skippy… Maybe because with two kids, we go through the stuff faster than soap. But I stopped buying the good stuff. And then I started digging in.

Now I can’t stop. In what must be characteristic of my inner teen reasserting herself, I find that I am craving the stuff like a it’s keeping me alive. I am shoveling it into my mouth like it’s my job. Not the good stuff. Oh no. That wouldn’t bother me so much. I’m downing tablespoons of Jif.  SPOONFULS OF SKIPPY. Right out of the jar, like a hormonal, pimple-faced barbarian.

Great is my shame. I not only surrendered, I became a cheerleader for the other side. Every once in a while I try to eat a little scoop of almond butter, just to remind myself of who I used to be. I don’t even know myself anymore.